When Ocean Conservancy’s Linda Maraniss and Kathy O’Hara first had the idea for the International Coastal Cleanup movement over 30 years ago, they wanted to go beyond picking up the rubbish that littered our coastlines. They asked volunteers to record the items they collected, using a standardised data card. This information could then be analysed and help tackle the problem of ocean littering at the source.

On Friday the 14th of September 2018, Bax & Company joined the movement. The initiative was coordinated and led by Johanna Reiland, Sofia Aivalioti and Violeta Fernández, three Bax & Company consultants. Turning to the local beaches of Barceloneta, the team gathered for two and a half hours to pick up litter, using the Cleanswell app to track it.

In the end, the team gathered almost 16 kilos of rubbish. Once sorted, the majority of the litter that wasn’t either plastic or glass was made up of cigarette butts. This follows the pattern set in previous years’ efforts. In 2015, the cleanup recovered 2 127 666 cigarette butts from coasts around the world.

Studies in the past have shown that cigarette butts contain dangerous toxins that leak into the environment and are acutely toxic to aquatic organisms. Furthermore, a general ignorance is related to the very slow degradation of cigarette filters that are usually made from cellulose acetate. A complete degradation can take up to 12 years.

The other top culprits from Bax & Company’s clean up included:

Breakdown of the litter collected by the Bax & Company team

The team was also struck by the sheer amount of plastic scattered along the beach. Too small to be easily detected and collected, these plastic fragments can be spotted anytime you take a closer inspection of the sand. While this was alarming, there was also encouragement to be found in the overwhelmingly positive response from onlookers. In addition to raising awareness, the initiative was a chance to actively engage with locals and tourists alike, showing just how easy it can be to get involved.

Marine debris has become a global concern that today affects all of the world’s oceans and waterways. Several million tonnes of litter end up in the oceans every year, posing environmental, economic and health problems. It’s only recently that the spotlight has been shone on the harmful impact of microplastics that are mainly used in cosmetics and add up to the microplastic created by degradation of bigger plastic particles found in oceans. Those microparticles ultimately end up on our plates. Plastic has also been found in 62% of all seabirds and 100% of sea turtle species.

But most of the waste found in coastal areas shouldn’t be considered waste but can be seen as a valuable resource. Working on projects that help facilitate the introduction of a circular economy to urban areas, the International Coastal Cleanup was an excellent opportunity to both put the ideas into practice and get a very real appreciation of the scale of the problem. Preventing marine litter is strongly connected to the perception of products at their end-of-life. Considering these products as resources that can be reintroduced in the life cycle rather than waste is a key circular economy principle. The European Commission’s European Strategy for Plastics in a Circular Economy, published earlier this year has been one of several related initiatives to set the course for less waste ending up in landfills and subsequently our oceans.

If you have any questions, please get in touch! 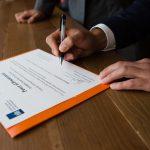 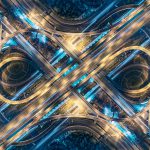