With regenerative braking, the heavier the car, the more energy can be recovered, putting into question the importance of lightweighting future Electric Vehicles (EVs).

EVs continue to grow in both global market share and technological ability. Vehicle lightweighting has been a main focus in improving fuel economy and EV range during the last 25 years. However, as we move into a post-fossil fuel paradigm, new challenges and opportunities are presented for EVs.

One of the most groundbreaking features in Electric Vehicles is the possibility to re-convert the vehicle’s kinetic energy back into electricity that recharges the battery. This is done by a technique called regenerative braking (or regen braking), which essentially brakes by turning the e-drive into a generator. Energy is thus recaptured instead of being lost as heat during braking.

Any driving scenario that requires the use of brakes will benefit from this opportunity to recover energy. However, the biggest potential of regenerative braking can be realised in urban areas where stop-and-go traffic situations occur the most, and lower speeds reduce the importance of air drag or rolling resistance.

On the other hand, for long-distance trips, regenerative braking has less relevance, due to lack of braking situations and the higher speeds where air drag and rolling resistance become the dominant causes of energy consumption.

The efficiency of regenerative braking energy recovery of first generation EVs was close to 30%, whereas future EV models could reach close to 90%. This means that any cycle of acceleration followed by deceleration in such an EV will consume only 10% of the energy consumed in a traditional vehicle, and only for this remaining 10% will lightweighting have a residual energy saving benefit.

Regenerative braking is crucial for the future of electric vehicles as a whole, which strongly relies on EVs offering acceptable driving range at acceptable battery costs. Regenerative braking will allow for longer range of an EV with a given battery capacity. Range anxiety is one of the biggest hurdles for urban EV mass adoption. Thus, given the potential of regenerative braking, this may be the technology that enables the global uptake of EVs, ultimately having a dramatic impact on the C02 emissions of transportation worldwide.

Stay tuned for part two of this insight on regenerative braking, where we’ll crunch some numbers with you to provide tangible data substantiating the impacts described above. 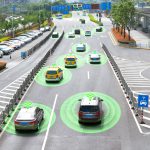 How vehicle automation will change the way we liveFuture mobility, Smart Cities 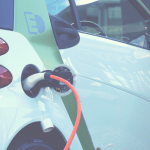 Are Electric Vehicles the only solution to pollution in transport?Future mobility, General, Insights