Are Electric Vehicles the only solution to pollution in transport?

The Paris Agreement concluded on limiting the average global temperature increase to two degrees Celsius to mitigate global warming. Greenhouse gases such as carbon-dioxide (CO2) produced by human activities including transport, heating, and energy production strongly contribute to this temperature increase. The European car fleet is currently responsible for 12% of European GHG emissions and the transport sector itself is expected to become the largest CO2 contributor by 2030 [1] . Hence, the decarbonisation of transport is a major challenge to limit the temperature increase and to reach the Paris climate goal. Thus the question arises: what will power our vehicles in the near future and how will this help transport decarbonisation?

Today, most people are aware of electric vehicles (EVs) as one of the main potential solutions for the decarbonisation challenge. Most car manufacturers are thoroughly researching vehicle electrification and many EV models are in the pipeline for the coming years. Existing issues about price, driving range and electric charging infrastructure are solved step-by-step to increase the widespread adoption of EVs. Worldwide, the current impact of transport electrification is estimated to replace 279,000 barrels of diesel a day (mainly caused by the high numbers of electric buses in China) [2]. Considering the enormous adoption potential in Europe, this impact will definitely increase in the near future and contribute to the decarbonisation challenge.

However, several studies predict that even in scenarios with high electrification, more than 50% of total energy demand for vehicle transport in 2050 will still be for chemical energy carriers since they are more suitable for long distance extra urban transport [3]. This means that research in combustion engine efficiency as well as in possible alternatives for the traditional fossil fuels remains as important as EV research. Looking at decarbonisation possibilities, non-fossil renewable biofuels and hydrogen are hot topics.

Biofuels are a big group of fuels in which energy is derived from the process of biological carbon fixation. They have been around as long as cars have. First generation biofuels were not really considered sustainable as they were generated out of feedstock that can also be consumed as a human food.  Second generation biofuels on the other hand, the ones that are used nowadays, are made of sustainable feedstock such as waste and agricultural residues. Technologies to produce these are more complex but they do not compete with food production and because they use waste, they increase circularity of resources. Regarding emissions, biofuels emit only slightly less than fossil fuels but they are still considered carbon neutral because they emit CO2 that has been previously captured and transformed by plants. The overall sustainability of biofuels strongly depends on the type of fuel and how this fuel is produced. Unlike Electric and hydrogen technologies, only little modifications are required to existing vehicles to make them run on biofuels. Current adoption of biofuels is still limited mainly because of a lack of infrastructure and limited capacity of biofuel supply.

Where the production of Hydrogen used to be expensive, limited in capacity, and unsustainable in the past, nowadays hydrogen can be produced at the same price as Diesel. If green electricity is used as the primary energy in the production process, it even becomes a very sustainable energy carrier. Current adoption of hydrogen in Europe is still limited with only a few projects focused on hydrogen research, which aim to have around 50 refueling stations and have around 1600 hydrogen cars in europe by 2022 [4].  Japan is already a step ahead when it comes to hydrogen adoption, having already 100 refueling stations and being committed to become the first hydrogen-based society [5][6].

It is clear that the solution to the decarbonisation challenge in transport will be a combination of different energy sources for different modes of transportation. That is also why Bax & Company is supporting research in both EVs, and alternative & more sustainable ICEVs. 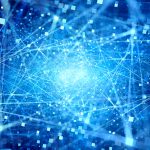 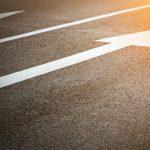 A challenge-driven approach to open data innovation within citiesInsights