How vehicle automation will change the way we live

The mass adoption of autonomous vehicles (AVs) with level 4 or 5 functionality * is approaching sooner than we think. By 2030, 60 percent of newly made vehicles are expected to have autonomous driving functions built in. The social and economic impact this will have on our urban lives is expected to be diverse and immense.

WHAT DOES VEHICLE AUTOMATION MEAN FOR PEOPLE?

Vehicle automation in cities doesn’t just mean less traffic jams; the use of public transport will dramatically decrease – perhaps even become obsolete – and our daily commutes to work will no longer be a chore, but rather become part of the working day. The car will drive itself, whilst you focus on more important things – like a strict deadline or a video call with your loved ones.

AVs can be shared between owners, which will reduce the total number of cars on the road. But this shift needs a change in perspective and social values from citizens. Today, not everyone would be happy to share a car with a complete stranger and hand over their private ownership, even if it reduces traffic accident risk and overall personal costs.

In the longer term, hassle-free transport will change where people want to live and work; more and more people will move from suburban zones to city centres or rural areas. This, in turn, will change the layout of cities and ultimately, regional competitiveness. Streets and cities must be designed for not only cars, but people too.

HOW WILL AUTONOMOUS VEHICLES AFFECT CITIES?

A driverless future could solve many transportation problems, but it requires a lot of preparation and regulation. Cities typically plan infrastructure and space use for a period of 100 years or more. Now, urban planners have an urgent need to understand and adapt to the arrival of AVs.

There are concerns that connected AVs will use more energy than a traditional car today and increase the total amount of CO2 generated by transportation. However, through achieving consistent vehicle speed from platooning — arranging a group of vehicles that can travel very closely together and safely at high speeds — we can reduce inefficient driving and thus, congestion. This means that energy won’t be used so quickly, contributing to less polluted, energy-efficient roads.

On January 23, the Polis Network published a discussion paper on road vehicle automation, outlining the uncertainties around automation and how cities can, and should, prepare for it. 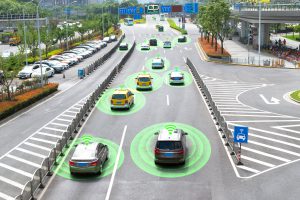 2 – structured dialogue between transport authorities, industry and service providers on various issues related to AV developments is needed, including the issue of data sharing and governance

3 – more research is needed on the impact of automated vehicles in the urban environment.

It is clear that education, collaboration and cooperation is key here. Until there is a greater understanding of the implications of automation, it will be difficult for urban road authorities, transport authorities, industry and policy makers to make solid plans.

WHAT CAN WE DO TO PREPARE?

Bax & Company can support intercity discussions with experts, academia and PPPs, to create solid policies and future strategies to reduce the oncoming impacts of autonomous vehicles. We are able to do so with our extensive network of cities and over 25 years of experience within the automotive industry.

At present, Europe is investing 20 million euros to test autonomous vehicles in Antwerp, Lyon, Vigo, the Nuremberg to Munich motorway in Germany and the Rotterdam to the Hague conurbation in the Netherlands.

We should start thinking about transforming our policies and our minds, to be as ready as possible for an autonomous transportation future.

If you want to better prepare for an autonomous future, contact us 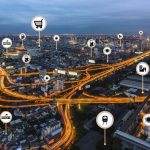 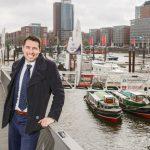