The local cost of energy

According to the European Commission’s forecast, about 35% of our electricity bill is not for the energy itself, but rather for taxes and distribution costs.1 By 2050, a third of the average electricity price will be for grid costs alone.2 But there is an alternative to paying the prices for inefficiencies in the system. Potential energy costs could drop dramatically for households if energy were to be generated and consumed locally – the cost of locally generating sustainable energy is forecast to drop to about €0,13/kWh.3 To be able to compare energy costs between approaches and demonstrate the value of smart grids, we propose a new metric: Local Levelised Costs of Energy.

As new technologies make alternative sources of energy more readily accessible, the future of the traditional energy grid is uncertain. With cities, villages, and even individual homeowners investing in wind turbines and solar panels across Europe, there is a growing question of what to do with the extra energy generated. If the storage capabilities aren’t yet available, aren’t people more likely to sell any excess energy to a neighbour for less than the fixed national grid price?

Mini markets might well emerge, as people become increasingly interested in the idea of a local, community-based, eco-friendly energy system.

The grid becomes a form of insurance and backup for prosumagers [a prosumer who has made additional investments in distributed storage, usually in the form of batteries] who essentially operate their own mini micro-grids.

Energy bills are an integral part of every household budget. Although it is set to be tempered by improvements in efficiency driven by renovation, energy used for heating maintains the highest share of energy consumption, with over 50%. 4 Much of that has to do with the 100-year-old system for centrally generating and distributing power. Newer philosophies and technologies could turn this system on its head. The emerging local energy communities are especially relevant – companies and households jointly producing, managing and storing their energy consumption. More often than not, these local solutions are sustainable and tailored to local preferences. From solar to biomass to wind energy, these are the small building blocks that could start a revolution in the European electricity market. How can societal costs be compared?

How is energy cost built up? How might the future technology mix change that?

Large power plants, usually coal-fired or nuclear, produce energy centrally. It is then delivered through an extensive grid of long-distance transmission and regional distribution networks. This system is a logical consequence of the complexity of producing safe nuclear energy or the necessary proximity of coal plants to the mines. The results are high capital costs in production and distribution. According to Eurostat, the European average electricity price is €0,20 per kWh (the minimum is €0,04, the maximum is €0,28), about €0,10 is related to production and the remaining €0,05 to distribution and taxes like VAT.5

Recent production methods such as solar panels. wind power and biomass plants are not only designed to be more sustainable but they also typically operate on a much smaller scale: a roof, perhaps, or a field on the outskirts of a town. Such decentralised production also requires an altogether different system of distribution; in theory, the owner of a solar panel could provide energy to his neighbours. The grid thus becomes bi-directional as well as more decentral. And following that theory, such local energy communities could even be independent of the national grid; or only maintain a security back up connection. Alternative legal models would consider much of that ‘self-consumption’, which reduces the VAT component.

As a concept, energy communities tick a number of boxes on the mainstream political agenda; these local markets

actively involving and engaging citizens with the energy transition.

The energy transition is quickly gaining momentum but the jury is still out on an appropriate strategy. In a heavily regulated market, different stakeholder groups lobby politicians.

Distribution System Operators (DSOs) see the benefits of remote communities being less reliant on expensive grid investments. Yet there is a fear of financial stability; with the subsidised first-mover communities disconnecting from the grid, remaining consumers would each have to shoulder a larger portion of the grid cost.

All market actors, including customers of local energy communities, should be able to participate in the market in a fair way, but also cover costs they are responsible for in the electricity system. Network, policy costs, and levies charged on national energy consumers should be covered regardless of the nature of their network (public, private or LEC).

When the European Commission tabled its Winter Package of clean energy laws in November 2016, the idea of empowering citizens to generate their own electricity, consume it locally and sell it back to the grid, was gathering momentum. But more than a year on, little progress seems to have been made. When the 28 EU energy ministers gathered in Brussels in December 2017, it was not high on the agenda. Indeed, when it was raised, countries such as Spain were opposed to the idea of electricity or busy trying to limit its scope, like Germany.

Many stakeholders are calling for clearer regulatory principles in this emerging market. There are concerns about the unknown impact it will have on the rest of the system once communities start to break off. Indeed, in their white paper, Renewable Self-Consumers and Energy Communities, the Council of European Energy Regulators (CEER) outline their belief that local energy communities should only operate networks where there is no negative impact on consumers and where network developments can be managed in an efficient way. Furthermore, the National Regulatory Authorities (NRAs) should have the authority to specify the conditions under which local energy communities can own, establish, lease and manage network assets, and carry out appropriate supervision of such entities.

As TSOs, we are selling these people insurance. 80% of the time, communities will be able to live on their own, without input from the outside. For the remaining 20%, they will need insurance, and this is where we have to agree on a price and a number of conditions. These are new business models that need to be looked at.

– Laurent Schmitt, ENTSO-E Secretary-General, in an interview with EURACTIV.

Since the launch of the Commission’s Clean Energy Package in November 2016, the Smart Energy Demand Coalition (SEDC) has argued that there is growing consensus, among policymakers and market participants alike, that Demand Response is a critical resource for achieving an efficient and sustainable electricity system at a reasonable cost. Demand Response empowers consumers by providing control signals and financial incentives to adjust their use of demand-side resources at strategic times. The SEDC argues that keeping old frameworks in place creates distortions and slows progress.

What’s not a problem is the technology. Indeed, it has been here for many years and has now reached a mature status. Our main challenge today is to convince customers and stakeholders to accept new roles and responsibilities. With the integration of microgrids, existing players that have always had central power lose some of that control. There is a shift in responsibilities.

How much will energy really cost?

We believe a new metric is needed – the Local Levelised Cost of Energy (LLCOE). It covers the lifetime costs of energy generation and distribution in a system, divided by energy production. This measure shows the present cost of total energy system costs for the community it serves. This enables the comparison between different system designs and local energy generation systems, including lifespan, size, capital costs, etc.

Based on an initial estimation, the impact of taking the LLCOE into account could save the interested party up to 10-15%, corresponding to €0,03€-0,04€/kWh, due to avoided transmission costs and distribution costs associated with the MV level.6 The avoidance of national and local taxes would lower the price even further. A preferable alternative to the status quo, as the expected average electricity price across Europe is set to keep rising.

Together with our partners in industry, and with energy communities, we will be exploring methods to help communities accurately compare options and ultimately inform their decisions on moving towards sustainable energy systems.

For more information, please get in touch! 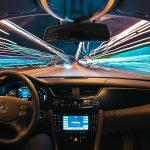 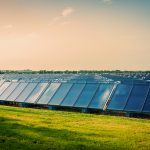