The cluster as a whole consists of 47 partner organisations from 10 EU countries and is supported funds from the EC’s Seventh Framework programme along with private and public R&D investments. The cluster began with the SafeEV, ENLIGHT, ALIVE and MATISSE projects, and has recently added epsilon and urbanEV to the group.

Since its inception, the ALIVE project has been primarily focussed on the initial generation of lightweight multi-material concepts for the vehicle’s body-in-white, chassis, doors & enclosures and interior parts.

The completion of the first 3D model of the innovative EV concept marks a first major highlight for the ALIVE project. The model will be optimised throughout the coming year, and presented as a complete demonstrator vehicle upon the project’s completion.

Consortium members have recently presented their progress at a number of international events, including Symposium Hybrid and Electric Vehicles in Braunschweig, the ATA Materials Conference in Turin, the Transport Research Arena in Paris and the EV Symposium in Barcelona.

ENLIGHT’s primary focus is on the structural elements of a lightweight electric vehicle. It aims to develop viable and sustainable solutions for medium production EVs expected to reach market in the coming 8-12 years.

Notable progress from ENLIGHT has been made in both material modelling and vehicle simulations – the latter being completed in cooperation with ALIVE. Going forward, ENLIGHT will build on the same module geometries and specifications as ALIVE, with a view to attaining further weight reductions.

The ENLIGHT project has been presented in a number of events and conferences either by itself or as part of the SEAM cluster, including the EVS27 in Barcelona and the Aachen Body Engineering Days. The project will begin publishing its first scientific papers shortly.

MATISSE aims to develop methods for the modelling, prediction and optimisation of the crash behaviour of mass-produced fibre reinforced polymer (FRP) composite structures in EVs. It does so primarily through work on two components – adaptive crash structures and high-pressure storage tanks.

MATISSE demonstrated actionable progress as early as October 2013, but since this time considerable progress has been made. The project continues to develop modelling techniques and virtual testing procedures, whilst working with ENLIGHT on the testing of novel materials for fabric-reinforced structures.

The main objective of the SafeEV project is the development of a best practice guideline for the virtual testing of small EVs. Thus far, the partners have defined key accident scenarios, advanced test configurations and criteria for pedestrian and occupant safety, and set up two reference electric vehicle models for on-going simulation.

The project’s early results and progress have been presented via posters and publications at GSU 2013, EVS 2013 and TRA 2014, with a full presentation at IRCOBI 2014 in September.

As mentioned, two new projects have become part of the SEAM cluster in recent months – epsilon and URBAN-EV.

epsilon aims to conceptualise and prototype the electric urban small vehicle of 2020-2025, with a focus on lightweighting, energy efficiency and practicality for typical urban-area transport tasks. More information is available at the project website.

URBAN-EV looks to demonstrate the feasibility and cost-effectiveness of a number of lightweighting technologies used in the manufacture of urban electric vehicles. The project aims to demonstrate a weight reduction of 17% on the benchmark vehicle Casple-EV. More information about URBAN-EV can be found in 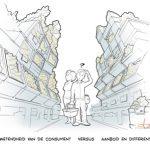 Just a potato? How to stand out on the supermarket shelfSmart Industry 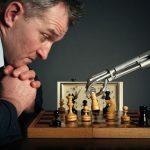 Artificial intelligence and robotics about to eliminate university-level jobsSmart Industry